Coal was discovered in Radstock in 1763 and mining began, continuing until 1973, when the last collieries were closed at Lower Writhlington and Kilmersdon.... 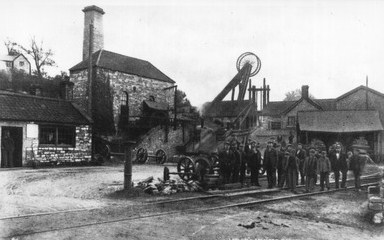 Extraction of coal increased through the 19th Century and reached its peak in 1901. There were 79 separate collieries and an annual production of 1.25 million tons.   Due to local geological difficulties and manpower shortages decline took hold and by the mid-thirties only 14 pits remained.  Narrow seams made production expensive, limiting profit and investment.  A reduced national demand along with competition from more economical coalfields led to the closure of the last two pits in September, 1973.

The spoil heap of Writhlington colliery is now of Special Scientific Interest.  It includes 3,000 tons of Upper Carboniferous spoil from which more than 1,400 insect fossil specimens have been recovered.